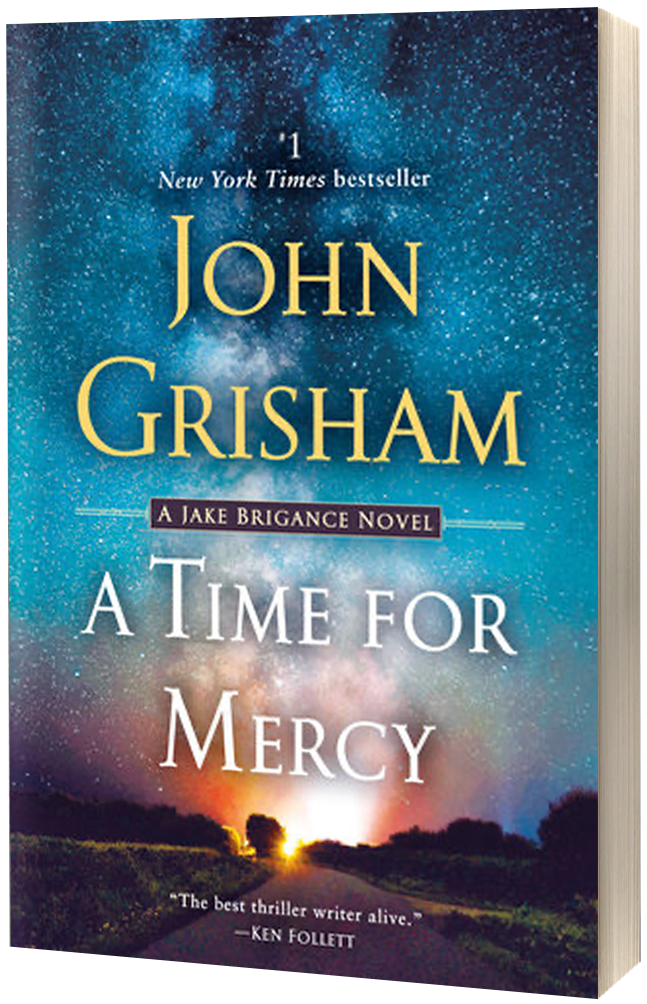 Jake Brigance is back! The hero of A Time to Kill, one of the most popular novels of our time, returns in a courtroom drama that The New York Times says is “riveting” and “suspenseful.”

“Grisham has returned to the place closest to his heart… The trial is riveting…it’s striking how suspenseful the story is…how much we’re gripped by the small details.”

Clanton, Mississippi. 1990. Jake Brigance finds himself embroiled in a deeply divisive trial when the court appoints him attorney for Drew Gamble, a timid sixteen-year-old boy accused of murdering a local deputy. Many in Clanton want a swift trial and the death penalty, but Brigance digs in and discovers that there is more to the story than meets the eye. Jake’s fierce commitment to saving Drew from the gas chamber puts his career, his financial security, and the safety of his family on the line.

In what may be the most personal and accomplished legal thriller of John Grisham’s storied career, we deepen our acquaintance with the iconic Southern town of Clanton and the vivid cast of characters that so many readers know and cherish. The result is a richly rewarding novel that is both timely and timeless, full of wit, drama, and—most of all—heart.

Bursting with all the courthouse scheming, small-town intrigue, and stunning plot twists that have become the hallmarks of the master of the legal thriller, A Time for Mercy is John Grisham’s most powerful courtroom drama yet.

There is a time to kill and a time for justice. Now comes A Time for Mercy. 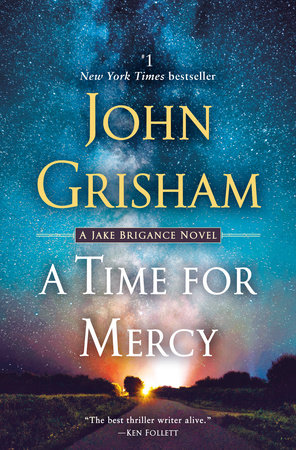 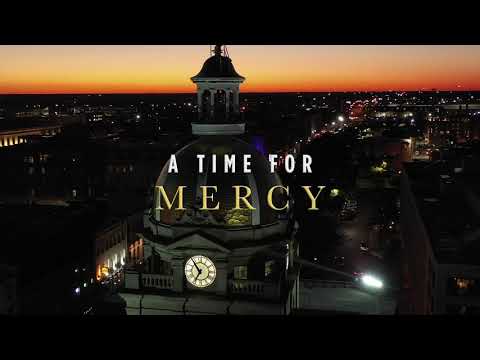 Sign me up to get more news about John Grisham Books.

Six days a week, every day but Sunday, Jake Brigance allowed himself to be dragged out of bed at the unholy hour of 5:30 a.m. by a noisy alarm clock. Six days a week he went straight to the coffeepot, punched a button, then hurried to his own private little bathroom in the basement, far away from his sleeping wife and daughter, where he showered in five minutes and spent another five with the rest of his ritual before dressing in the clothes he’d laid out the night before. He then hurried upstairs, poured a cup of black coffee, eased back into his bedroom, kissed his wife goodbye, grabbed his coffee, and, at precisely 5:45 closed the kitchen door and stepped onto the rear patio. Six days a week he drove the dark streets of Clanton to the picturesque square with the stately courthouse anchoring life as he knew it, parked in front of his office on Washington Street, and, at 6:00 a.m., six days a week, walked into the Coffee Shop to either hear or create the gossip, and to dine on wheat toast and grits.
But on the seventh day, he rested. There was never an alarm clock on the Sabbath, and Jake and Carla reveled in a long morning’s rest. He would eventually stumble forth around 7:30 and order her back to sleep. In the kitchen he poached eggs and toasted bread and served her breakfast in bed with coffee and juice. On a normal Sunday.
But nothing about this day would be normal. At 7:05 the phone rang, and since Carla insisted that the phone be located on his night table, he had no choice but to answer it.
“If I were you I’d leave town for a couple of days.” It was the low raspy voice of Harry Rex Vonner, perhaps his best friend and sometimes his only one.
“Well good morning, Harry Rex. This better be good.”
Harry Rex, a gifted and devious divorce lawyer, ran in the dark shadows of Ford County and took enormous pride in knowing the news, the dirt, and the gossip before almost anyone not wearing a badge.
“Stuart Kofer got shot in the head last night. Dead. Ozzie picked up his girlfriend’s boy, sixteen-year-old kid without a trace of peach fuzz, and he’s at the jail just waitin’ on a lawyer. I’m sure Judge Noose knows about it and is already thinkin’ about the appointment.”
Jake sat up and propped up his pillows. “Stuart Kofer is dead?”
“Deader’n hell. Kid blew his brains out while he was sleeping. Capital, dude, death penalty and all. Killing a cop will get you the gas nine times outta ten in this state.”
“Didn’t you handle a divorce for him?”
“His first one, not his second. He got pissed off about my fee and became a disgruntled client. When he called about the second, I told him to get lost. Married a couple of crazies, but then he had a fondness for bad women, especially in tight jeans.”
“Any kids?”
“None that I know of. None that he knew of either.”
Carla scurried out of bed and stood beside it. She frowned at Jake as if someone was lying. Three weeks earlier, Officer Stuart Kofer had visited her class of sixth graders and given a wonderful presentation on the dangers of illegal drugs.
“But he’s only sixteen,” Jake said, scratching his eyes.
“Spoken like a true liberal defense lawyer. Noose will be calling you before you know it, Jake. Think about it. Who tried the last capital murder case in Ford County? You. Carl Lee Hailey.”
“But that was five years ago.”
“Doesn’t matter. Name another lawyer around here who’ll even think about taking a serious criminal case. Nobody. And more important, Jake, there’s no one else in the county who’s competent enough to take a capital case.”
“No way. What about Jack Walter?”
“He’s back in the sauce. Noose got two complaints last month from disgruntled clients and he’s about to notify the state bar.” How Harry Rex knew such things was always a marvel to Jake.
“I thought they sent him away.”
“They did, but he came back, thirstier than ever.”
“What about Gill Maynard?”
“He got burned in that rape case last year. Told Noose he’d surrender his license before he got stuck with another bad criminal appointment. And, he’s pretty awful on his feet. Noose was beyond frustrated with the guy in the courtroom. Give me another name.”
“Okay, okay. Let me think a minute.”
“A waste of time. I’m telling you, Jake, Noose will call you sometime today. Can you leave the country for a week or so?”
“Don’t be ridiculous, Harry Rex. We have motions before Noose at ten Tuesday morning, the rather insignificant matter of the Smallwood case? Remember that one?”
“Dammit. I thought it was next week.”
“Good thing I’m in charge of the case. Not to mention such trivial matters as Carla and her job and Hanna and her classes. It’s silly to think we can just disappear. I’m not running, Harry Rex.”
“You’ll wish you had, believe me. This case is nothing but trouble.”


Excerpted from A Time for Mercy by John Grisham. Copyright © 2020 by John Grisham. All rights reserved. No part of this excerpt may be reproduced or reprinted without permission in writing from the publisher.