Big trouble is brewing for Theodore Boone. While all of Streenburg anxiously awaits the new trial of infamous murder suspect Pete Duffy, problems arise for their own kid lawyer. There’s been a robbery and Theo is the accused. His reputation is on the line, and with the evidence building against him–and dangerous threats looming–Theo will do whatever it takes to prove his innocence–even if it means breaking a few rules. Filled with the intrigue and page-turning suspense that made John Grisham a #1 international bestseller and the undisputed master of the legal thriller, Theodore Boone’s adventures will keep readers enthralled until the very last page.

Brimming with the intrigue and suspense that made John Grisham a #1 international bestseller and undisputed master of the modern legal thriller, Theodore Boone’s trials and triumphs will keep readers hooked until the very last page. 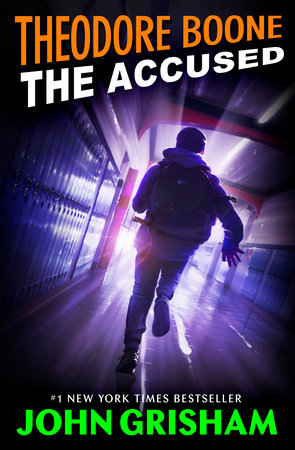