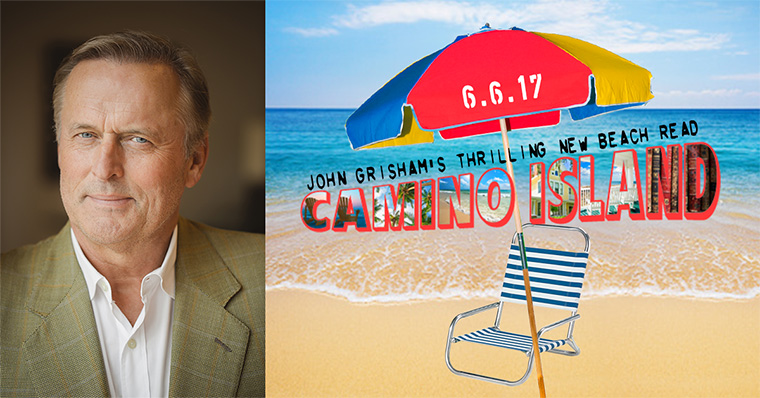 CAMINO ISLAND, the 30th novel by bestselling author John Grisham, will be published by Doubleday on June 6, 2017, followed by his next legal thriller on October 24, 2017.  Announced first printing for each title is 1.5 million copies.
“We are thrilled to be publishing two books by John Grisham in 2017,” said Sonny Mehta, Chairman and Editor in Chief of Knopf.  “The first, CAMINO ISLAND, is a caper of the highest form.  Whether writing about F. Scott Fitzgerald’s handwritten manuscripts, the worlds of bookselling and publishing, or the cat-and-mouse game between criminals and the Feds that chase them, John has outdone himself. The second novel, coming in October, is one of John’s classic, suspense-filled legal thrillers and we’ll have more to share soon.”
***
About the book:  Bestselling author John Grisham stirs up trouble in paradise in his endlessly surprising new thriller.  Priceless F. Scott Fitzgerald manuscripts stolen in a daring heist; a young woman recruited to recover them; a beach resort bookseller who gets more than he bargained for, all in one long summer on Camino Island.