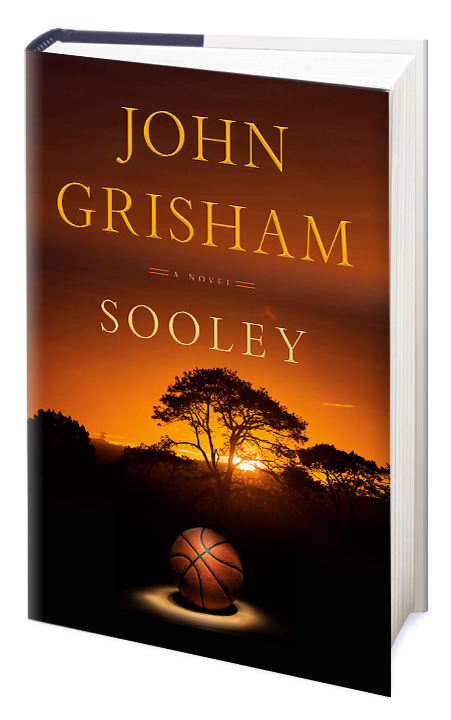 I love sports, especially the college games I dreamed of playing in high school. But like those of the other kids in the neighborhood, my dreams were far greater than any discernable talent, and the college recruiters looked elsewhere.

Later in life, I discovered a different talent, one that is more satisfying and has given me a career that’s lasted much longer than any I could have pursued on the field or the court. Writers can go on for as long as their readers remain loyal, and so far, you have enjoyed my sports novels.

Bleachers came first in 2003, followed by Playing for Pizza in 2007 and Calico Joe in 2012 – two football stories and one about baseball. For years I wanted to write a basketball novel but, as always, was forced to wait on the inspiration. Sooley was born two years ago when I watched a game in which a kid from Africa went wild on both ends of the court. His enthusiasm was contagious, his smile, infectious.

The hero in Sooley plays only twenty college games but in that short career captures the imagination of the sports world as the fans fall in love with him.

I hope you do too.